I was a huge Star Wars fan back when I was younger when all the Star Wars craze began with the three first movies that are actually part 4-6 of the Star Wars sage. And I was also someone who was really disappointed after watching the three new movies which did not have the Star Wars flair that I loved so much. Still, I like Star Wars and look forward to watch the new Star Wars TV series which will hopefully have more in common with the old trilogy than the new one.

I discovered a link at Delicious that was pointing to the website of French photographer Cedric Delsaux who happened to do a Star Wars Photo Shooting in Urban environment and I have to admit that I really like the photos that he tool during that shooting. Maybe I'm a bit biased because most show the cooler older characters like Boba Fett, Darth Vader or Jabba the Hut and not those nasty new ones like Jar Jar Bings. 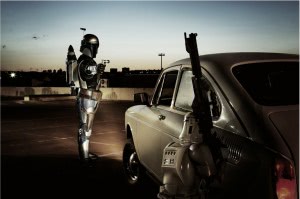 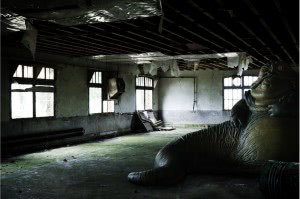 You can see all photos of the series on the homepage of Cedric Delsaux by clicking on the Series link in the top navigation bar. You find dozens of photos on the homepage that put Star Wars characters in an urban environment. You find a mix of Episode 4 to 6 and Episode 1 to 3 characters in the photos. Among my favorites are Darth Vader, Boba Fett, Jabba the Hutt and the two droids R2-D2 and C-3PO. As you can tell, I'm not a fan of Episode 1-3 at all.