You might have encountered photo mosaics before which show one picture that was build using many smaller pictures. I think that they look really nice if done correctly and with enough distinctive smaller pictures. One software that lets you create photo mosaics is Foto Mosaik, a free program that is compatible with the Microsoft Windows operating system.

The process is always the same. First, you need to create at least one database of pictures that are used to create the larger picture. The rule of thumb is to add as many pictures as possible to have enough resources to build the big picture. With one database created you choose the picture that you want to create this way, test some settings and choose the new name for the mosaic you have just created using the software program.

Creating the new image takes only a few minutes and the results look really nice if your sample image library is large enough. Take a look at the before-after images to see how the original image was converted to a picture mosaic. Click on the images for a detailed view. 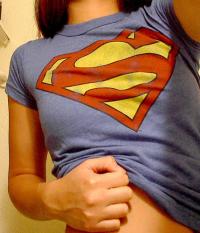 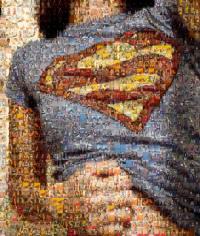 A standard free and professional version are available. The free version is limited in several aspects. You can configure the pro version for instance to use all library pictures at least once and define a radius in which the same picture can't be used multiple times. The pro version furthermore ships with additional styles, parquet and chaos that add diversity to the program which you may like, especially if you have created lots of standard mosaics already and want things to look different now.

The program is really easy to use and comes with an impressive feature set even in the free standard version. A new feature that has been added lately is the ability to order a poster based on a mosaic that you have created using the software which may be nice for personal use or as a gift.