Weekend Fun time again. H2O, no not Water but Heaven to Ocean, is a nice plattform puzzle game putting the player in control of a rather large water drop who craves to get back to the Ocean. To achieve this goal the player needs to move the drop around the screen by tilting the screen to the left or the right.

Several obstacles like fans and pipes have a influence on the water drop which could lead to separation. The player will remain in control of the largest part of the separated drop and loose the rest if it scrolls out of sight. Since the goal is to reach the Ocean, or better a sink that leads into the Ocean, with as much water as possible it is a good idea to make sure the water drop does not get split along the way. 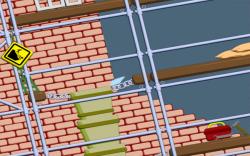 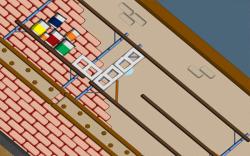 Aggregate States are another element of the game. If your water drop comes close to a heat source it will turn into steam which can be used to overcome obstacles along the way. Cold sources on the other hand turn it into a snowflake which is of course more solid than water.

Heaven to Ocean is a wonderful game for the weekend. It takes a little while to get used to the game mechanics but once you get the grip of that it turns out to be fun. Lots of it.

Update: The Heaven to Ocean website is no longer available on the Internet. You can however download the game from this website to play it on your computer. Note that it has a size of about 14 Megabytes, and that you may need to run it in compatibility view if you run it on newer versions of Windows.