Firefox vs. Opera vs. Internet Explorer

I saw the funny picture series over at Operawatch and thought that you would like to join the laughter. It is a rather visual comparison of how Firefox, Opera and Internet Explorer would look like if they would be transportation vessels.

You find Firefox listed as a big Barbie vehicle if the browser is used without extensions and as a fully armed Humvee with extensions. Opera is depicted as a fast car that would fit perfectly into the next James Bond movie, while Microsoft's Internet Explorer is depicted as a carriage. Things do have changed in the meantime and I personally do not think the comparison is fair anymore. Back then in 2007 though it was probably accurate enough. 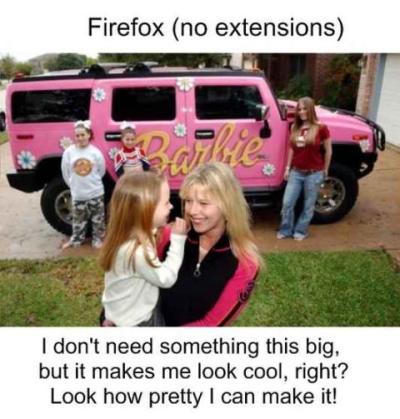 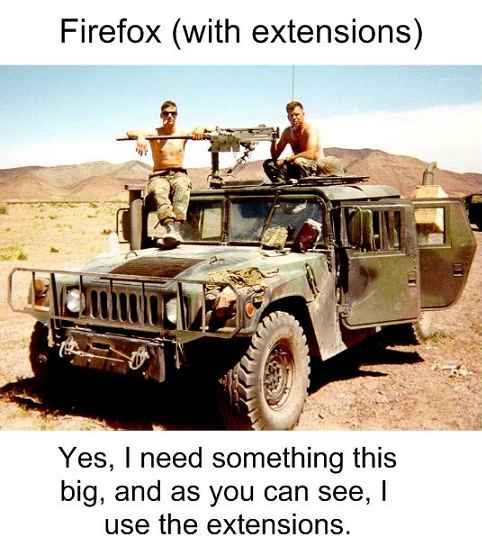 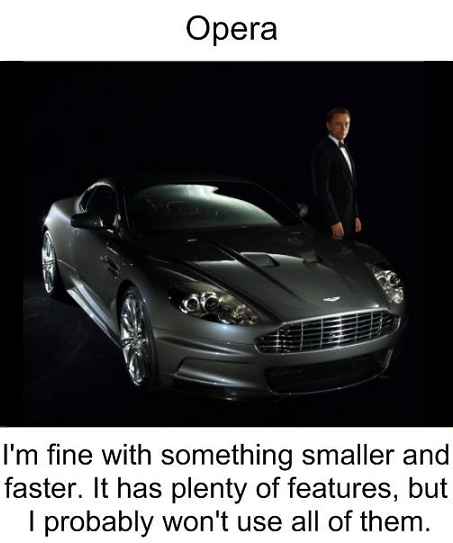 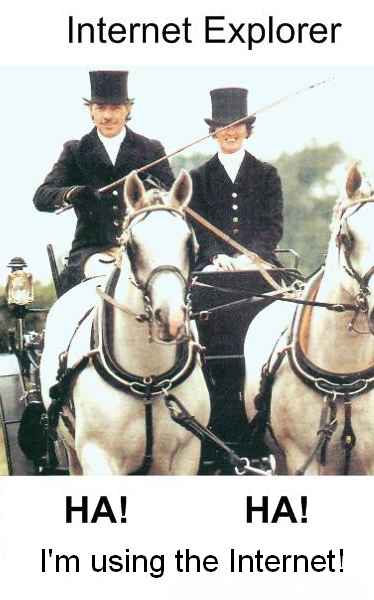