Comparison of Joost and Babelgum

Babelgum and Joost are two services that try to deliver TV contents to your computer using peer to peer technology. Both services seem to have the same aim: to make the transition from watching shows on your television to watching shows on the internet as fluent as possible. There is no configuration involved, all that is needed is the Bablegum or Joost client and a broadband connection to the internet.

Another similarity is the fact that both services are currently running a closed beta test with the rare chance for users to receive a beta invitation. I was lucky enough to receive one for Bablegum and shortly after for Joost and would like to take the opportunity and write about their current state: How is it working, how does the content look like, what about the interface aso.

The Babelgum client uses about 42 megabytes on the hard drive and always starts in full screen mode. It offers currently nine different channels with trailers, commercials, sports and animations which is not really spectacular.

I suppose they do not want to add the real content during beta phase which makes sense in my opinion. If you click on a channel you get to see a selection of possible shows that you can watch. Clicking a show loads it - this usually takes only a matter of seconds.

The interface is pretty straightforward. You have a mini remote control in the upper left corner that can be used to navigate through the shows, change the size of the video and increase or decrease the sound level. A top bar displays the time the video is playing and shows how much time is left for the current video. 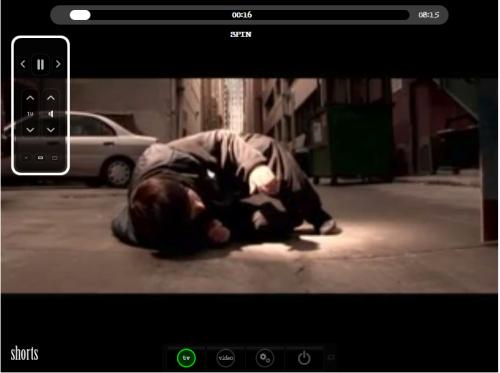 The bottom line holds the main interface with links to all TV channels and videos. The interface disappears after a few seconds of not moving the mouse. It is possible to playback the videos in a window instead of full screen - this does not seem to reduce the amount of data that is transferred though.

Two minutes of playback resulted in about 7 Megabyte of traffic. This should be fine for most connections from 1 Mbit on.

The Joost client is using about 25 megabytes on the hard drive which is about 40% less than the Babelgum client. It also starts directly in full screen mode and starts with an interesting trailer that tries to describe what the founders of Joost try to create with their service.

A two minute session with Joost downloaded about 5.5 megabytes of data and uploaded 1.1 megabytes. Image quality looks pretty similar between Joost and Babelgum. Both look ok in fullscreen mode, definitely better than YouTube videos but worse than analog TV or TV rips that you can download from p2p.

Joost offers 22 channels in its current stage. All of the channels are more or less non-mainstream channels with the exception of MTV Staying Alive and National Geographic. All channels have a certain amount of clips in them that can be played. 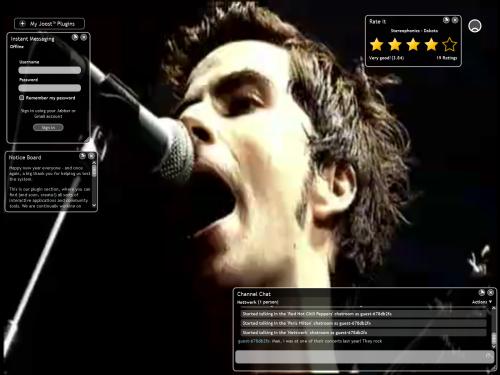 The interface looks different than that of Babelgum but offers nearly the same functionality. Change programs and channels on the fly, rate shows, change the volume and switch between full screen and windowed mode.

I honestly can't see a lot of differences between Joost and Babelgum at the moment. It all seems to come down to content, pricing and quality after all and there are currently no information about pricing and content. I will keep everyone updated with new information about the services as soon as they become available.