Metro is dead, but not gone

The term Metro is a controversial one in the Windows world. Some users associate it with Windows 8's new startpage which is a core change to the Windows environment. But Metro is more than that. For Microsoft, it is a design language that it debuted in Windows Phone 7. It offers unique style elements that rely a lot on typography to get the message across.

Yesterday news broke that Microsoft asked its employees to refrain from using the Metro term in applications and communication. Back then it was not really clear why the company suddenly decided to get rid of the Metro term, especially since it had been using it ever since Windows 7 Phone had been released. 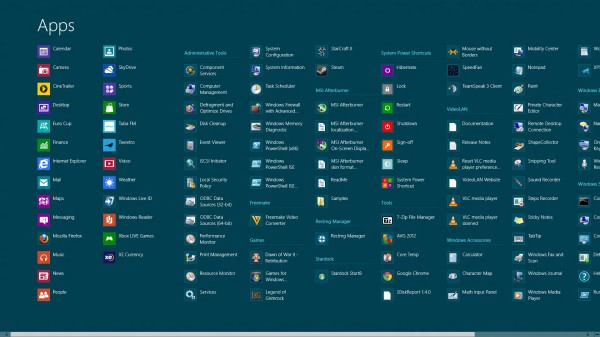 According to The Verge, it could be because of a dispute with German company Metro AG which owns two leading electronic store chains in the country (Saturn and Media Markt). Metro AG did not want to "comment on market rumors", while Microsoft responded to an inquiry stating that the name change is not related to any litigation (which means it is still possible that it is related to a copyright dispute that has not yet gone to litigation).

The Microsoft spokesperson added that Metro had been used as a code name "during the product development cycle across many" of the company's products and that Microsoft decided to use a commercial name going forward.

We have usedÂ  Metro style as a code name during the product development cycle across many of our product lines. As we get closer to launch and transition from industry dialog to a broad consumer dialog we will use our commercial names.

Another reason for the deemphasizing of Metro-terms is that it is used for a variety of terms. From the startpage of Windows 8 over Metro designs of Office 2013 to Metro apps.Â  Microsoft seems intent to announce a new name in the coming days.

I have used the term Metro loosely on Ghacks, referring both to the startpage, design and apps as Metro. What's your take on the name change?