Windows XP, released in 2001 is for many people "as comfortable as an old shoe", but why is this and why do people hold this insecure and buggy operating system in such high regard?Â  I was reminded of this today when installing a copy of Windows XP in the new Hyper-V client in Windows 8, a process that seemed to take forever by today's standards for installing an OS.

Windows XP is still in use today across many businesses and even in many homes (not to mention it's still the dominant operating system in countries like China because of rampant piracy that was stamped out with Windows Vista and Windows 7).Â  When the operating system was first released though people saw things differently.Â  They were used to the battleship grey of Windows 98 and, for those who were brave enough, Windows Me.Â  They had gotten used to the stark interface of Windows that had been staid since the very first version in 1985 and why should they change to something that was bright blue and had a desktop wallpaper straight out of Tellytubbyland?

Now though things have changed.Â  There can be no doubt that people love the look and feel of Windows 7.Â  It is clean, crisp and easy on the eye, but it's no longer just the look that keeps Windows XP in people's hearts.Â  So what is it? 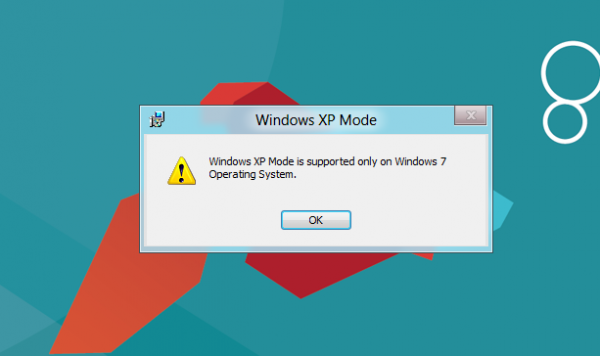 I want to take the opportunity to look at some of the way that Windows XP does fail miserably by today's standards, apologies in advance for this.Â  XP was released when the world wide web was still new and hardly anybody even had a dial-up connection.Â  I remember trying to connect to the Internet via my dial-up ISP and it was painful to say the least, reminiscent of trying to load a game from a cassette player on my ZX Spectrum in 1982.Â  When I did get online there was very little, if anything to do there.Â  The web was new, clean and above all else, clean!

I'm stressing clean here because this was the time before criminalsÂ found out how to exploit the Internet, and it's users, for their own financial gain.Â  Unfortunately it was also a time when Microsoft had a 99% unchallenged monopoly in the Internet browser market and, as such, the version at the time, IE6, stagnated and has now become a millstone around the company's neck for this very reason.

All of this aside however Windows XP was compatible like nothing else, and to be honest, nothing since either.Â  In order to get my legacy graphics package Microsoft PhotoDraw 2000 to work, the one thing I have left and use fondly because nothing has touched it since for power an usability, I have to install it in XP and while XP mode has been brilliant in Windows 7, I have to use the somewhat complex Hyper-V in Windows 8 to continue to run this software.