So what is the future form factor of the PC?Â  If Intel are to be believed then the ultrabook is the computer we will all want, and I'm waiting on one or two of the first ultrabooks to arrive shortly for review.Â  What is becoming clear though is that the 'beige box' that is the traditional PC is on its way out.Â  This isn't surprising as when Apple first introduced the translucent iMac people realised they could have stylish computers in their homes.Â  What came afterwards was a sort of mini backlash from consumers who wanted to banish the desk that was monopolising a corner of their living room.

This is there the all-in-one PC fitted in nicely, not a laptop and not a tower but a single, stylish machine that could still look good and not out of place in your main living room. 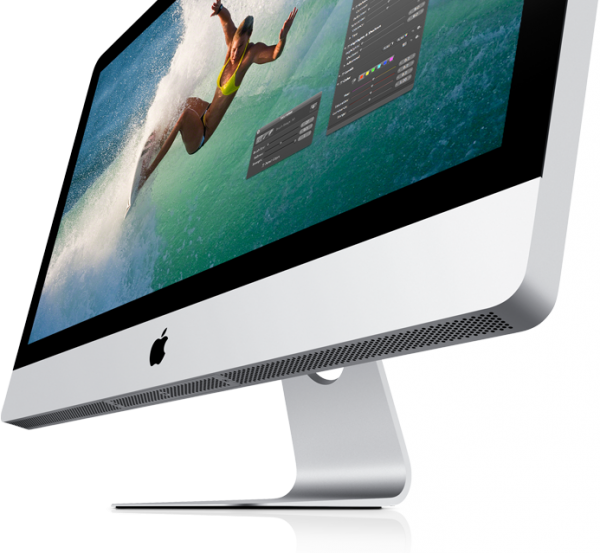 Now new sales figures for the third-quarter of 2011 show that Apple's iMac apparently securedÂ one third of all sales for all-in-one PCs.Â  This is a very impressive sales figure for a computer that many believed was slowly dwindling as Apple were moving their focus onto mobile devices.

The figures, reported by Blomberg, put Lenovo, who are fairly new to the all-in-one computer form-factor, in second place with 22.7% of all-in-one sales (Apple had 32.9%) lead by strong sales in China and HP brought up third place with 21.4%.

This is very interesting news and will be welcomed by fans of both Apple hardware and operating systems.Â  There can be no doubt that consumer PCs might still be ugly boxes had it not been for Apple and the company's lead designer Jonathan Ive, now Sir Jonathan,Â as heÂ was recently knighted in the New Year's Honours list in the UK.

Perhaps odd in these figures is to see what many believed to be the world's biggest computer company, HP, falling to third place.Â  HP's all-in-one computers are of an extremely high quality and have lead the way in introducing multi-touch to PCs in the home.Â  Comparatively the iMac is some leagues behind, both in terms of power and features.

What the next few years hold for the PC remains to be seen.Â  As we approach the launch of Windows 8 we will no doubt see many more multi-touch PCs and laptops appear.Â  This will undoubtedly mean manufacturers focusing more on all-in-one PCs though laptops will begin to feature multi-touch too (my own Dell laptop has a multi-touch screen and I expect many more to appear this year).

Then there's the ultrabook, which despite Intel's claims of retailing below $999 doesn't look set to hit that price point.Â  Will it be as huge a success as Intel claim?Â  Unless the price can be reduced significantly this is unlikely but there is talk of PC and laptop manufacturers focusing far more on these high-end products as the margins are much better.

This will probably mean that computer and laptop prices will rise on average in the coming two years and that tablets will fill in the lower end of the market.Â  These figures should come as congratulations to Apple though, and to Sir Jonathan, for their hard work in redefining the modern computer.