Of the biggest tech stories in 2011 it was difficult to beat the news of the HP TouchPad fire sale where silly prices resulted in queues outside stores and websites crashing around the world.Â  I was lucky enough to get a 32Gb TouchPad myself for a price so low I can barely remember paying for it at all.

Now after much speculation the prices of RIM's Playbook 7 inchÂ tablet are also beginning to crash with the 16Gb, 32Gb and 64Gb versions all for sale on the RIM website in the US for an equal $299.Â  It's not clear why all models have been pitched at the same price but this presents a $400 discount on the most expensive model and is almost 50% off the cheapest. 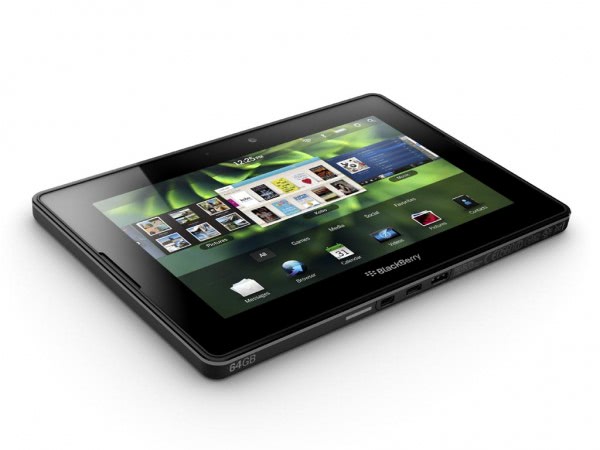 I have spoken to several people who were either given or bought themselves a Playbook for Christmas simply because of the price, and all of them told me the same story as was heard when the TouchPad fire sale was on.Â  This being that the tablet is an excellent device for both home and work but that the price was simply too high before.

This is where Android tablets have a slight advantage, with the core operating system being free, but it's a common trend because a tablet is seen much more as a consumer electronics device than a computer and, thus, people simply don't want to spend PC money on something that will only be for light usage.Â  This makes complete sense when compared to the pricing of other "dedicated" devices such as the Xbox 360 and Nintendo Wii.

So what does this mean for the tablet market going forward, and what might it mean for Windows 8 where Microsoft will levy a charge for the core OS on each tablet sold.Â  Clearly consumers are speaking loudly with their wallets and saying that, overall, tablets are far too expensive.Â  There's still a good market for tablets but at $400 each they're too expensive for most.Â  While many people are anticipating Windows 8 tablets it's very likely that overall sales will be sluggish, pushed downwards by tight profit margins and the high cost of hardware.Â  Apple too could see sales figures drop and the iPad become a high-end product, unless they choose to release a 7 inch version sometime soon that is.

It's also a pity that two really great tablet operating systems now look set to be lost forever as the TouchPad and Playbook disappear.Â  Both operating systems, and some of the associated hardware such as the Playbook's touch-sensitive bezel, were highly innovative.Â  Having lived through the all-exciting home-computing revolution of the 1980's I can say that it was inevitable that the number of tablet operating systems on the market would dwindle, but competition breeds innovation and, as such, it's always sad to see something go.

If you're in the market for a tablet then it might be a good time to buy a Playbook.Â  In the UK the 16Gb and 32Gb versions can currently be bought from the Carphone Warehouse for just Â£169 and Â£199 respectively and it's entirely possible that these prices might fall further and extend to other suppliers.Â  Keep an eye on these prices because if the TouchPad fire sale taught us anything, it's that the final few days could come and go very quickly indeed, and once they're gone... they're gone.

Previous Post: « Buying a New PC? Don't Get Ripped off by Unscrupulous Salesmen!
Next Post: « Kinect For Windows Coming In February, Preorders Available