Windows 7 is Microsoft's most stable and reliable version of their desktop operating system yet, but it's still such a complex piece of software that when something does go wrong it can be extremely difficult to diagnose and repair the problem.

As the author of "Troubleshooting Windows 7 Inside Out" from Microsoft Press one of the most popular webcast requests I have received is for how you can diagnose and repair these complex and difficult problems, so on January 12th 2012 this is exactly what I'm going to do. 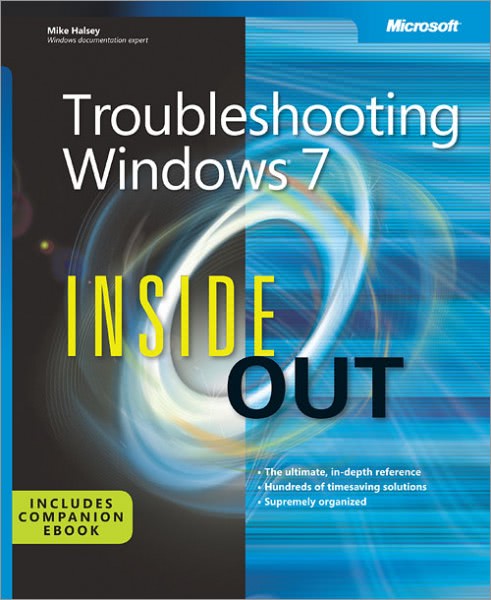 It can be difficult enough finding out what's gone wrong with windows 7 or a program, but some problems can be a nightmare to diagnose. In this webcast, Mike Halsey, the author of Troubleshooting Windows 7 Inside Out talks you through how to diagnose really stubborn and hidden problems in Windows 7, and explains how you can go about fixing them.

In this webcast I'll cover the tools and skills you'll need to diagnose problems, and I'll show you the extensive diagnostic tools that already exist inside Windows 7 to help you with the job.Â  In fact it's possible to diagnose complex Windows 7 problems using nothing more than Windows 7 itself.

If you're not able to make the webcast when it's broadcast live, just register in advance and you'll be given free access to watch it afterwards online through the O'Reilly website.Â  It will last for approximately 60 minutes and is part of a series of regular webcasts that, from February, will return to their regular first Thursday slot.

You can register for this free webcast here.

Previous Post: « How To Store More Files On Dropbox Than Your Ratio Allows
Next Post: « How to Partition and Un-Partition your Hard Drive in Windows