Google Maps on its own is a wonderful application but mashups really make it one of a kind. Mashups are third party applications that use Google Maps and its API plus their own coding to create something new. I thought it would be nice to create a list of six great Google Maps mashups so that everyone who has not taken a closer look will have a good starting point and those who already know Google Maps and mashups might still find something they did not know about.

I think I found a great mix of interesting and helpful mashups. Some give you information prior to visiting a country, help you evaluate hotels, show you traveling routes and give you insights on what is being written in the local press. I did include two environmental mashups that simulate sea level risings and one that displays carbon emissions of your next flight. 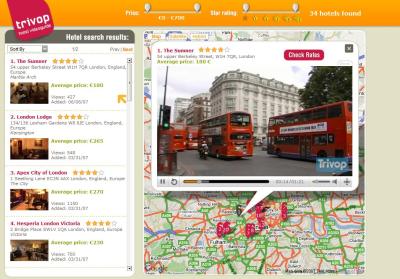 I think that a Hotel Video Guide is an excellent idea for a Google Mashup. All hotels are placed on a world map, most of them in Europe, and you see the exact location of the hotel on the map. Clicking on a country or town will load the hotels in it displaying their position on the map.

Clicking on a hotel will load the video review which normally consists of several different videos showing the interior and exterior of the hotel. This is great for getting a first overview of how it all looks like. It is also possible to filter the hotels by location, price and star rating. 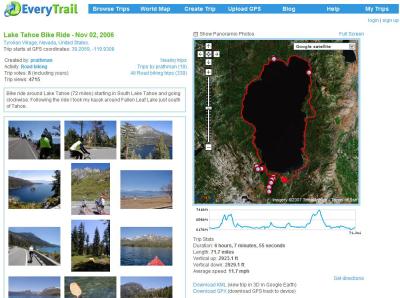 Everytrail lets its users upload gps data and photos mashing them up with Google maps and making them available to everyone in the community. This is another excellent opportunity to get impressions of a certain area before you make your way to it. I especially like the visualization of the tours. 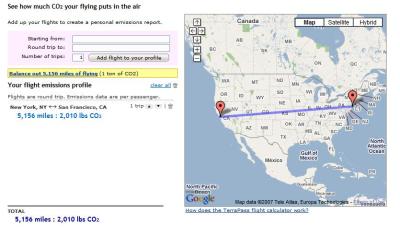 The first of the two environmental mashups that I like. This simply calculates the CO2 emission of a flight that you enter displaying the results afterwards. Entering a city will automatically display the list of available airports which is nice if a city has more than one. 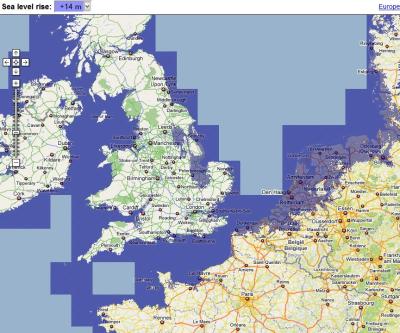 With talk about sea level rising it is important to get a visual idea of what would happen if the sea level would rise for a certain amount of meters. Floodmaps simulates this by dynamically changing the map. 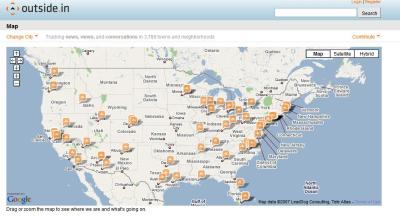 Read local news of more than 3500 towns in the United States. The mashup presents a Google map with all towns available loading local news at soon as a town is left-clicked.

Update: Outside has been acquired by Patch, a network of local news sites. Developers can integrate local news into web applications and mobile apps using Patch's News API now. 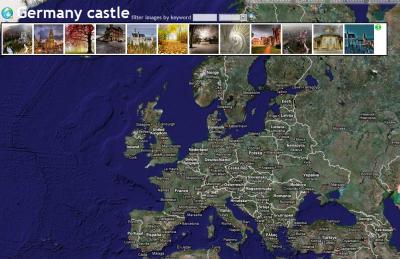 A Google Maps, Flickr and Youtube mashup. Selecting a country on the map displays images tagged with the country name in a thumbnail bar. Clicking on the thumbnail loads the image in a higher resolution.

It is possible to narrow down search results by looking specifically for castles, mountains, citys and food or use a custom keyword like a location that you would like to see.